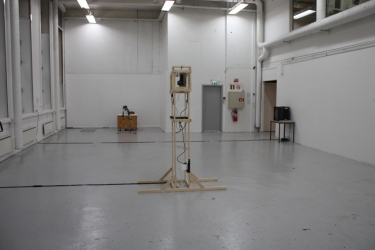 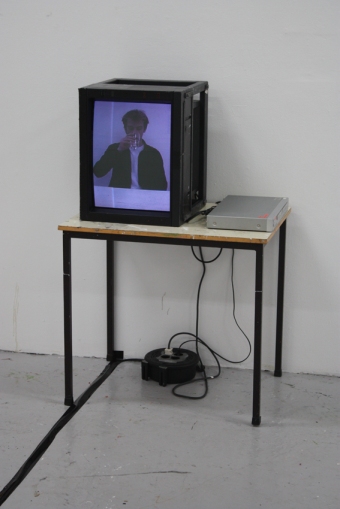 The installation “Oscillations” consisted of two parts. The first part was a projection on the wall with an animation of a black square moving up and down in the frame of white light. The movement of the square was then canceled by the projector itself physically moving in the opposite direction, making the square stay in the same place on the wall and the frame being the moving part. A kind of reversed animation. The second part was a monitor with a video montage of people drinking a glass of water. The video was edited so that each person only had five frames and then the next person ‘took over’ the movement and so forth.
The two pieces are related to each other through this sharing of movement across bodies. Furthermore they are both temporal but non-developmental occurrences that are somehow intimately connected not only to temporal extension but also to the directionality or passage of time.